“Who you calling a bitch?”

Twenty years ago Queen Latifah dropped her Black Reign album, featuring the breakout single “U.N.I.T.Y”. The song is still her biggest hit single to date, scoring the 1995 Grammy Award for Best Rap Solo Performance. The smooth track spoke out against the disrespect of women in society including street harassment, domestic violence, and slurs against women in hip-hop culture.

As we kick off Women’s History Month in 2013, we’re still exploring the same themes and dealing with the same issues in hip-hop and beyond. We’re quick to speak on oppression of women in far away countries like India, Jordan and Somalia but take a look in our own backyard and we’re nowhere near gender equality.

“Too many of us in the United States ignore the oppression on our doorstep,” writes Jessica Valenti, author and founder of the blog Feministing, writes in a Washington Post opinion piece. She says America today is “basking in a ‘girl power’ moment that doesn’t exist; it’s a mirage of equality that we’ve been duped into believing is the real thing.” So let’s set aside the illusion of top-rated, female-driven reality shows, Beyoncé performing at the Superbowl and other feel-good moments to look at a handful of the hard facts:

These sobering statistics are a reminder that while we’re blessed to live in a society that grants us basic rights and freedoms, women are still suffering from oppression in the “first world” and in most cases, sadly not even realizing it. Queen Latifah voiced these concerns two decades ago and while numerous female artists are out there doing the same thing, we need our high-profile ones to step forward and drive the point home once again. 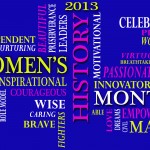 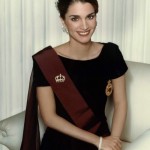