I’ve always been fascinated with Jordan’s royal family and in particular, Queen Rania.

Because we live in a world where people from the Middle East are looked upon with suspicion by even the most moderate Westerners, my heart is always filled with pride when representatives as graceful and relatable as Queen Rania stand at the forefront.

The 42-year-old was born Rania Al-Yassin to Palestinian parents in Kuwait (she’s a fellow Virgo). Ranked the most beautiful consort (queen by marriage) in the world by Harper’s Bazaar magazine in 2011, Rania’s looks are not her only outstanding feature. The tertiary-educated wife of King Abdullah II is passionate and outspoken on a variety of causes both inside and outside Jordan. Her outreach to the world via social networking (her Twitter, Facebook and YouTube pages have millions of subscribers) where she encourages people to discuss cross-cultural dialogue, education and more recently, the use of social media to create social change, have made her (in the words of Oprah), “a modern monarch on a mission.” Using her YouTube channel in particular to openly discuss pertinent issues, Rania often holds sessions with the public to respond to questions about various Middle Eastern and Muslim stereotypes. She’s posted numerous videos on subjects that include honor killings, terrorism and the rights of Arab women.

Using an example from her own childhood and surely many other young people from diverse backgrounds, the Queen released her first book in 2010, The Sandwich Swap, a story of two best friends (“Lily” and “Salma”) who argue over the ‘yucky’ taste of their respective peanut butter and jelly and hummus sandwiches and then overcome and embrace their differences. The Sandwich Swap went to the top of the New York Times Bestseller list that year. “Girls really have the power to transform societies,” Rania shares during a promotional appearance on The View during that time.

A mother of four with countless foreign decorations and prestige positions for organizations such as UNICEF, Rania is a role model for all young women across the globe and in particular, the millions of Middle Eastern girls she represents so fiercely. Shukran, Queen! 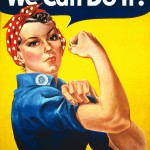 How To Be A "Boss Lady" On International Women's Day 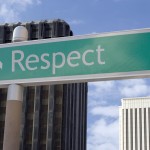