On Tuesday, October 16 Boss Lady officially celebrates her groundbreaking collaboration with Reebok Classics — and she’d love you to join her!

At a private location in New York City we’ll be toasting with cocktails provided by Red Bull, music by DJ Miss Saigon and giveaways from Reebok, VIBE Vixen and more.

For your chance to win a double pass and come kick it with a VIP crowd:

On Tuesday, October 16 at 3pm EST, we will randomly select the winner from those who have RT’d the above tweet. We will then take your name (and your “plus one”) and add it to the guest list for that night’s event (which runs from 8pm-11pm).

You can enter as many times as you like until Tuesday at 3pm, so start tweeting and good luck!

***Fine print***
Entrants into contest must be at least 21 years of age. Contest is available to readers in the United States (travel not provided). No purchase necessary. Void where prohibited. 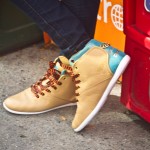 GIRLS I DO ADORE: Lola Monroe

Behind The Scenes: Boss Lady x Reebok Shoot For DrJays.com 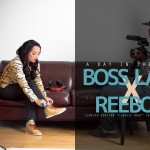