Why “Sydney Vs Everybody” Strikes A Big Nerve

Back in November, I scripted a small note packing a big punch to my personal Facebook account. Snoop Dogg had just posted an image to Instagram about an upcoming Los Angeles version of “Detroit Vs Everybody” (the Eminem-lead track inspired by Tommey Walker‘s movement) and while that particular cut was make-believe, my belief in my city to produce one wasn’t.

I put the call out and immediately received a response from my longtime friends The Movement Sydney a.k.a. The Green Room, ready and willing to produce a cipher plus visuals and merchandise. They assembled a crew of rappers for the inaugural “Sydney Vs Everybody” with the song and video dropping six weeks later on New Year’s Day.

Did a majority of the most popular rappers out of Sydney make the first release? No. Are the guys who handed verses in on deadline super proud of contributing and now promoting the hell out of their collaborative debut? Yes. Are there plans for newer versions showcasing an even wider array of the city’s rap talent (including big names) coming up? Stay tuned.

I’m dedicated to providing a platform for Australia’s multicultural hip-hop artists who don’t receive the same music industry and public recognition their Anglo counterparts do. This is largely based on the fact I felt the same exclusion myself back home. Australian rappers from diverse backgrounds have colorful, controversial stories that deserve to be played by and for the mainstream. And as a collective (including our like-minded Anglo-Australian brothers and sisters) we’re not stopping till that sea change occurs.

Not to shine a light on negativity but video comments like the ones below (taken from YouTube channel HUSTLEHARD TELEVISION) are indicative of the work ahead of us:

While both remarks are problematic, let’s tackle the second one first. While you clearly have no issue using American-derived slang like “da” in your username “calemdadestroya,” your small mind obviously can’t grasp the notion “Aussies” include artists like Nate Wade whose father is from North Carolina and mum is Australian via England. All artists on “Sydney Vs Everybody” are AUSTRALIAN and consider themselves just that, despite having to grow up in a country where bigots like you consider them otherwise.

As for pondering the “American accents” featured, save the subliminal questioning “junglejosh13” and say what you really feel. It can’t possibly be hip-hop from Australia if anyone spitting has an international sound rather than a Paul Hogan twang, right? Wrong, motherfucker. It’s 2015! Real hip-hop fans are smart enough to decide what factors are important to them when throwing their support behind a local rapper, whether it’s lyrical content, cadence, speech pattern, vocal tone, image and the list goes on. Am I personally a fan of Australian born and bred rappers who sound exactly like Jadakiss or YG or Andre 3000? I’m not. However, I find the “ocker” accent and “lad” persona just as grating. While I prefer MCs who fall somewhere in the middle of these extremes, I’m open to everyone brave enough to pick up that mic. Only through constant experimentation will we reach the promised land of global recognition. And while everyone is entitled to their opinion, incessant nitpicking will get us nowhere.

If you’re pessimistic about a movement based on unity and pride in one’s city where everyone is welcome, you need serious self-reflection. Don’t waste your breath targeting the artists involved: they’re too busy getting the job done. Come at me if you like, but all you’ll do is inspire me to push harder. We’re tired of being apologetic. We’re even more tired of being silent. We love that we’re striking this chord, sparking regional pride and stirring the pot like never before. Finally, we live and breathe hip-hop way more than you do — trust and believe. To our supporters, join us here: SydneyVsEverybody.com.au. Peace. 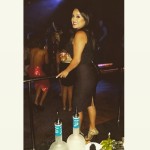 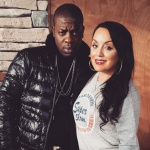