What We’re Missing From The Rachel Dolezal Saga

Who the hell, I hear you ask, hates movies? Helen Kapsalides, that’s who. When I was a kid I’d sit for hours on end and watch movies as diverse as Escape From Sobibor (I was a seven-year-old World War II junkie), West Side Story (oh, how she especially despises musicals) and Back To The Future. Mum would walk in and out of the living room, looking at the screen then at me and then back to the screen again, tossing her hands up and sighing. “This bullshit. I have no idea how she enjoys this bullshit.” That’s my mum, as real as it gets.

There’s one movie, however, she absolutely loves. And she adores both versions (1934 and 1959) of it equally. It’s called Imitation Of Life. A real tearjerker. Its premise is a light-skinned young woman who’s ashamed of her brown-skinned mother. Struggling with her African-American identity, the young woman is able to “pass” as white and therefore denies her mother in very public and heartbreaking situations. Only when it’s too late does she embrace her African heritage and understand her mother’s love should have ultimately trounced societal pressure. The film was named by TIME magazine in 2007 as one of “The 25 Most Important Films On Race.”

Imitation Of Life sprang to mind when learning Rachel Dolezal’s story. Of course there’s absolutely no comparison in terms of the “race swap” and especially, the era. This is a woman in denial of her ethnicity but so much so in this real-life case that she chose to align herself with a race she shares not even a single drop of blood with. The 37-year-old, born to white parents, has been self-identifying as Black since her college years. Rachel is not only the president of Spokane, Washington’s NAACP chapter, she’s adjunct professor in the Africana Studies program at Eastern Washington University, where she teaches African and African American Art History, African History, African American Culture, The Black Woman’s Struggle and Intro to Africana Studies (according to her university bio). Her adopted brother, who is African-American, Ezra Dolezal, says he didn’t know how to respond the day his adopted sister took him aside and asked him “not to blow her cover” about having a Black father.

Much has been discussed about Rachel’s unraveling identity and the unhinged ways she kept her façade throughout the years (going as far to claim hate crimes against her). She’s now the butt of so many jokes and think pieces you can’t help but wonder that if she already was off-balance, her current mind state has to be even more stupefied.

Remember when you were young and taught that white (cough) lies eventually become bigger lies? What started as Rachel’s affinity for African-American culture grew into a full-blown masquerade she had to have known would one day be revealed. She lived with this torturous secret day in, day out. And she’s not the only one.

Back home in Australia, I know two females of a similar age to Rachel who self-identify as part Black. It’s commonly known (but never spoken about) that neither of them is. Because their “other” ethnicity is also of color, they aren’t as prone to being caught like Rachel was. These beautiful women began telling people they were Black from their teenage years, because that’s what they told themselves they were. Both were adopted by white parents and grew up in predominantly white environments. Growing up through the eyes of Hip-Hop, they saw African-Americans make such groundbreaking progress they were not only directly influenced by this minority culture, they became immersed in it and ultimately became it. That is, in their mind and the minds of those they’ve managed to convince. But just like Rachel Dolezal, deep down they live in fear those who know them already know their secret—as far deep down as you can go after lying to yourself for so many years.

When I was a teenager, my social circle was comprised heavily of Polynesians. Because of this, I picked up certain traits that would make me more acceptable and allow me to “blend in.” I had a close friend who I considered family (and still do to this day) who was Maori. She and I look like sisters and when we’d repeatedly be told this, I would take it as a huge compliment. I started wearing flowers behind my ear (the right one to show I was single, of course), learned how to understand basic Maori, Samoan and Tongan and strictly had Polynesian boyfriends. I loved the culture and the culture loved me back. I never denied my ethnicity when asked, but you best believe I smiled from ear to ear when others thought I might be from the Islands.

Taking it a step further, to this day I’ll boast with pride about my Lebanese heritage and quietly mumble about my Greek side. You know why? I don’t consider myself white therefore I don’t think anyone else should. I hold onto my Middle Eastern heritage like a badge of honor. I wear it like a tattoo branded on my face. This is because I’m living in a time where I can be loud and proud to be Arab (mainstream media be damned). Being a minority is SOMETHING TO BE PROUD OF. Why? Hip-Hop told me so. My 92-year-old grandmother, though? When she moved from Lebanon to Australia in 1932 (two years before Imitation Of Life was made) she had dirt kicked in her face daily and hid her homemade food during lunch breaks at school for fear of being attacked. She doesn’t understand my love for our culture to this day because she was tragically brainwashed into thinking it was nothing to be proud of.

So while I don’t forgive Rachel Dolezal (not that it’s my place to do so) and cannot agree with nor excuse a great majority of her actions, she’s far from the first person that wanted to be something they’re not. That ended up identifying with an ethnicity she wasn’t born with but chose to assume. But as that unfortunate yet so painfully true adage goes, “Everybody wants to be Black until it’s time to be Black.” Now under harsh scrutiny and incessant ridicule, let’s see how she handles life from this day forward. 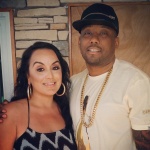 Remembering Racism As A Child 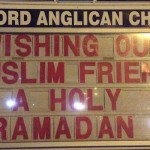