International Women’s Day 2015: How To #MakeItHappen

Today is International Women’s Day, celebrated by females worldwide to empower, learn more about and support each other while calling for greater equality.

Over the past few years I’ve honored IWD by hosting a private event here in New York City. The annual occasion means a lot to me and I’ve taken to using it as a day that represents my journey (being Australian of Lebanese/Greek Cypriot descent now living in America, I’m definitely representative of the theme!). This year I decided not to put a party together and use the time instead to reflect on where I’m at in my personal and professional life. This year’s IWD theme is #MakeItHappen and so I’d like to add to that: Against All Odds.

I recently came to a significant realization that was like a slap in the face. Like many things in life it hit me out of nowhere but once recognized, seemed plain as day. I’ve been frustrated for a long time about “connecting” to people, something very important (especially nowadays) in my line of work. I kept thinking, what’s missing with me? I’m giving this career of mine EVERY SINGLE THING THAT I HAVE, I’m doing what it takes to build my image, but it never seems to be enough. I would constantly bang my head against the wall, frustrated beyond belief at what seemed to be my lack of “audience.” I have an incredibly dedicated group of core supporters but their numbers haven’t grown in a long time. While I’m very proud of what I’ve achieved over time (especially with big brands that have taken notice and collaborated with me) I know I’m yet to master the art of truly selling myself. While my peers’ social media numbers have steadily risen (the barometer of today’s popularity contest) mine have stayed frustratingly stagnant and I had no idea why. I read countless articles on “building your online buzz,” made an effort to branch out of my comfort zone with the content I posted, interacted more with people and still, nothing.

As I was scratching my head for the umpteenth time about it all, it hit me—and it all immediately made sense. I am “Other,” as Pharrell Williams would say. I don’t have the built-in audience my (rivals?) do. I’m a journalist known and respected in hip-hop circles, but I’m not automatically relatable to my audience. I’m not Black or Latina, so platforms like Essence, BET and Centric are off the table for various opportunities. I’m a woman, so the boys club that prevails with things like televised roundtable discussions are often off limits (when women are included, bigger profile ones like Angie Martinez and Miss Info are usually considered). My racial background is confusing to many (is she white? What is Lebanese?) so I don’t easily fall into a category when casting directors are looking for new talent. I’m foreign with an Australian accent. How many of “me” is there realistically in the country I’m trying to build my following in, especially in hip-hop? Basically, none.

I’ve been on the verge of tears at times, knowing I was qualified (often over-qualified) for certain positions and at a loss to why I missed out. One time I was up for an important news role at a radio station and I knew I was a perfect fit for it. I was ultimately denied the chance to shine because senior management had an issue with my “international” accent on-air, when I’d only ever received compliments from our callers about my speaking voice. I was told very clearly because I don’t speak like the stereotypical “urban” female host (“Yo yo, what’s up, it’s your girl Boss Lady!”) I wasn’t suited. Instead of taking that as a sign to perhaps consider moving my career in another direction, I continued soul-searching. Hip-hop is my life and no one was, or is, going to tell me that I can’t do what I was born to do.

The path I’m traveling is a new one, an extremely tough one that’s had me feeling super low at the thought of sacrificing precious time with my family on the other side of the world to chase what seems like an impossible dream. But I’m doing it for me and most importantly, the kids who’ll come after me. Young people (women, especially) living in countries far and wide who grow up on hip-hop and have the same vision for themselves. Those who don’t fit the mold yet feel they deserve to be there. The “dream chasers” who believe in themselves when no one else does, who know they belong somewhere even when they’re told they don’t.

So I’m “Other.” The true definition of it. Thanks to this realization, I’ve finally stopped comparing myself to everyone. As much as I feel I relate to my peers, I’m not them. And they’re not me. I won’t be invited to certain events because of who I am, and I won’t be considered for jobs for the same reason. This is the game I’ve chosen to enter, so it was high time for me to understand the playing field and most importantly, how to tackle it head-on.

Instead of grieving the people I haven’t connected with yet, I cherish even more the ones I have. And slowly but surely, I’m becoming more comfortable revealing who I am through my digital presence. I’m much more different than I originally realized, and I’m okay with that! I’m building my own audience now, one brick at a time. Against all odds is the mantra this year and equipped with that at the forefront of my mind, I have no choice but to make it happen. I encourage everyone to do the same. 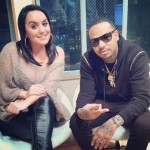 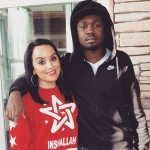