Are You Ready To “Chime For Change” With Beyoncé, Salma Hayek & More For Women’s Empowerment?

What better way to finish up Women’s History Month than with a powerful new event for us to celebrate?

Chime For Change is the brainchild of Gucci’s fearless frontwoman Frida Giannini in partnership with Salma Hayek-Pinault and Beyoncé Knowles-Carter (the latter two whose surnames reflect their stance on equal rights for the ladies). It is a global campaign aimed at raising funds and awareness in support of projects for girls and women around the world.

“I am proud to be joining the growing international movement on behalf of girls and women around the world,” says Hayek-Pinault. “I believe that by working together we can change the course of history to ensure that girls and women are empowered to realize their potential and thrive.”

Earlier today it was announced during a press conference in London Beyoncé will headline a concert there on Saturday June 1 in support of the campaign, with guest performers including Rita Ora, Florence and the Machine, Ellie Goulding and Australia’s own Iggy Azalea. Dubbed “The Sound Of Change Live,” the concert will also show inspirational short films and stories highlighting women’s global issues.

Tickets go on sale at 9am tomorrow, Northern Hemisphere time (Wednesday March 27). There will also be the option to choose which charity ticket sales will be donated to as Gucci is graciously covering the show’s expenses. 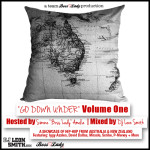 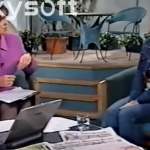