A Letter To Iggy Azalea

I want to talk to you. I lost all my numbers and had no way to call you, so I’ve tried emailing and DM’ing you on Twitter with no response. I’ve asked your record label numerous times to organize an interview with us to no avail (you might want to look into that). I’ve stayed uncharacteristically quiet on the subject of “you” as non-stop dispatches fire across my social media recently. I’ve read every conversation and comment closely, waiting for the right time to share my thoughts. I’ve got no other way to reach you, so here I am.

When you were brought to my attention as an artist, I was hopeful. I was shocked at how hopeful I was, actually. I’m a proud person of Middle Eastern descent, one of many minorities back home in Australia who took to hip-hop as shelter, growing up in a country that shamefully denies its race problems. I thought I’d look at you suspiciously, especially when I realized you were rapping in a voice different to the one you were born with. Something in my heart told me to not only give you a fair shot but also throw my support behind you, so I hosted your first on-camera interview. When you walked into the DrJays.com offices, you had that gorgeous “star in the making” vibe. I’ll never forget when you registered I was the woman who created the magazine you used to read back in the day (Australia’s most successful hip-hop/R&B magazine, Urban Hitz) and how excited you were to be conducting our interview from the plush New York City offices of the same website you ordered Baby Phat and Apple Bottoms gear from on the other side of the world—a teenager in a country town called Mullumbimby who was outcast because she was white, a fan of hip-hop culture and an aspiring MC.

You’ve come a long way in a short time. We bond when we see each other. You dropped everything to make me a namesake track, “Boss Lady,” for my Woman On Top mixtape. I remember your confusion and heartbreak when you and [A$AP] Rocky ended things. I remember your joy and elation (shout out to Peezy) at the first sold-out show you did at S.O.B.’s, a show I hosted with fans lined up for blocks before you had a hit single. I remember your disappointment when blogs like NahRight.com and RapRadar.com wouldn’t post your music or acknowledge you. When Rah Digga spoke on you and you diplomatically responded, “I honestly don’t really mind if I’m described as rap or pop” I could hear you silently screaming, “I am a fucking rapper!”

When a veteran like Snoop Dogg “teases” you on Instagram, you publicly take offense. Snoop’s instinctive reaction, of course, is to go harder. He’s been disrespecting women since I was gleefully singing along to “Ain’t No Fun” as a teenager. You know that; we all know that. You have a genuine supporter in T.I., one I hope you recognize and appreciate.

Rap’s obviously a tough space for women. White female rappers have come before you, but none have reached your success. Mainstream media now holds you up while hip-hop media disassociates itself from you, just as it was starting to give you the shine you [once?] craved.

In Australia you’re a hot topic, especially when it comes to your ever-changing accent. People love you and people hate you. Some support your audacity while others bemoan your perceived trickery. None of these people really know you, including myself. I don’t think most people actually know you at all. What I do know is you prefer it that way.

The days when you were known as “Regal,” an awkward white girl who was a regular at Sydney hip-hop clubs wildly aspiring to be a rapper, are long gone. They’re nothing in comparison to the firestorm you’re experiencing now. We’re about to see how you ultimately handle the highs and lows of being at the top of the music world and boy, are you experiencing them at their extreme (I won’t even touch on this Hefe Wine mess).

If rap is what you want to do, do it. Most doubt you’re in it for the long run so prove ’em wrong. Much more important than holding onto your accent, hold on to that Aussie trait instilled in us from birth: if you’re getting caught up in hype and hysteria, pull your head in and get back to work. You once told me, “The American dream just means anything is possible for anyone, no matter how crazy your dream seems.” Don’t ever let anyone make your dream feel crazy, Iggy. 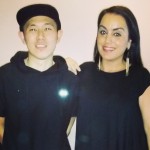 MC Jin Weighs In On How Battle Rap Has Changed 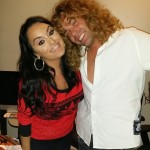